Autumn in the Caravan

On Monday of half term week we are off to the caravan with Louis and Ellie, giving Naomi a chance to paint their bedroom.  The weather is bright but chilly and we need to stop off in Bridlington to buy hats, scarves and gloves, as well as go on a ride on the promenade.  Bought a sparkly T Light holder; candles create a cosy and cheering atmosphere in the cold weather.  Thank goodness for central heating in the caravan.  The garden is still blooming with Sedum, Nasturtium and Fuchsia.  Not one Gladiolus has flowered here nor in our Leeds garden.  Many of the caravaners have already packed up for the season.  I started to declutter; it makes you realise just how much the kids have grown and developed this season when sorting out the clothes, books and toys.
Tuesday brought the rain and the children equate this weather with Kandy Kingdom and off we went with our books to read (Old Filth and the Girl who played with Fire from the millennium trilogy) while the kids played on the equipment.  It was really busy and noisy being a wet day in half term.  On the way there we phoned Ben to sing Happy Birthday.  He told us that Emma had treated him to champagne and trifle for breakfast and then they were off to the Jewish museum  in Camden.
We went for a ride to Filey and parked on the promenade and admired the view and people watched.  After a stormy night we went beachcombing on Ulrome beach which was strewn with stones.
Naomi joined us at the weekend.  Ellie was scared of a woman sitting outside a pub dressed as a witch with an ugly mask for Halloween and so frightened by a 7 ft Grim Reaper in Tesco that Naomi asked him to remove his 'top half'.  Good thing she was away from the caravan when some local kids came a calling!
Even at the end of October we managed to go to the beach, albeit in our boots and hats, and had a good game of football with Louis in goal.

There was a meeting of Lambretta owners and when these Mods removed their helmets they revealed themselves to be about our age.  No Rockers to clash with, though.  Later, on our journey home, we would see many scooters which had broken down awaiting the rescue services.  Good pic from the Bridlington Free Press
http://www.bridlingtonfreepress.co.uk/news/local/revved_up_for_a_record_breaking_weekend_1_2734863

No visit would be complete without a trip to Mr Moo's for homemade icecream and a go on the rides at the playground at Far Grange. 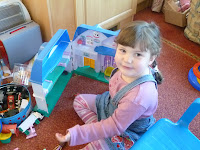 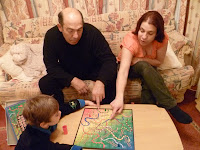 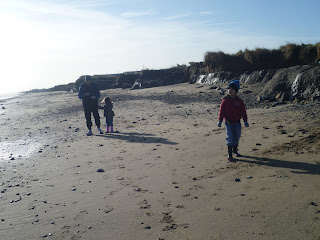 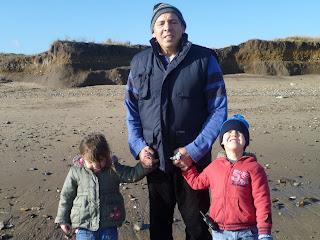 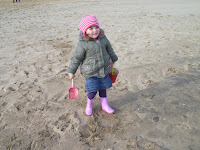 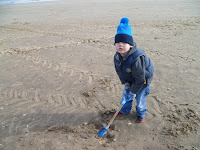 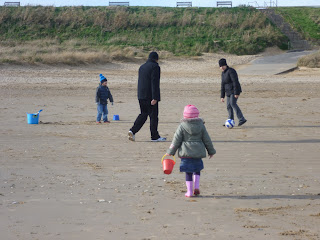 ﻿﻿﻿﻿﻿
﻿﻿﻿﻿﻿
﻿
﻿
Here ends another season at the caravan.  Unfortunately we couldn't find the end to the vacuum and Naomi had to just manage with  the nozzle.  We came back in time for the kids to go trick or treating and for us to prepare for our next holiday the following day.
at November 06, 2010