Like in all of our lives, there have been ups and downs throughout the year but I have selected some milestones, new experiences and memorable events from my year.
January:

I had the privilege of volunteering at the shelter at a local synagogue.  Asylum seekers are not entitled to work, receive benefits or housing so WYDAN (West Yorkshire Destitute Asylum Network) has introduced a project where faith based organisations set up shelters for a week each during the winter months where they are provided with a meal and able to sleep in a safe environment.  WYDAN provides camp beds and transports their belongings.  The volunteers cook a hot meal and we all sit at the table, chat and clear away together. The asylum seekers seem to come mainly from the Middle East and Africa and often had good careers and living standards before they were forced to flee.
As a second generation immigrant myself, I wanted to participate and have offered to help out on New Year’s Eve at a shelter at a local church.

I joined the local NisaNashim, a  Jewish Muslim Women's Network whose aim is to combat ignorance and misconceptions in our communities, and in wider society by bringing together women from the two communities in friendship and to empower women to challenge rising levels of anti-Muslim hatred and anti-Semitism. There are now 30 groups in the UK and  I reckon if anyone can bring it about, it’s the women.  We make new friends, participate in a range of activities and, of course, partake in traditional foods.

February
Yorkshire More, the social enterprise in support of mental health charities of which I am a director, was featured on local television channel Made in Leeds.  We were filmed and interviewed making chutney.  We didn’t look too glamorous in our hairnets so no photo of me!

March
Writing on Air is an annual arts festival put on by the local radio station on which I have an input every month.  Three of the team wrote a radio play “The Airport” and was proud to have it aired alongside talented poets, storytellers and writers. 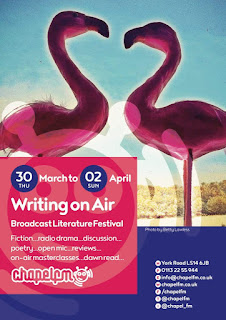 April
My brother went to Buckingham Palace to receive his OBE from Princess Anne for services to business start-ups and entrepreneurship and we celebrated a big birthday of one of my sisters and some of our female cousins. 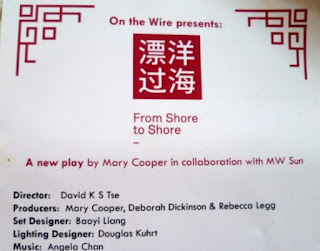 I was blown away with the performance by Chinese actors of From Shore to Shore, a play by Mary Cooper in collaboration with MW Sun.  It tells moving, real life stories of the British Chinese community who came to live in Northern England at different periods of history. It was performed at a Chinese restaurant during an authentic meal. 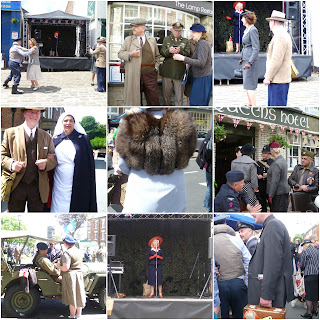 Enjoyed a 40s day at Bridlington Old Town.  People came from far and wide and dressed as spivs, nurses, British and American soldiers and danced to the music of the era.
July 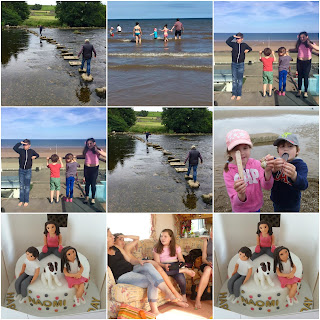 Lots of family time and celebrations:  visitors from abroad, big birthday for my daughter, our anniversary and my niece’s wedding
Aug 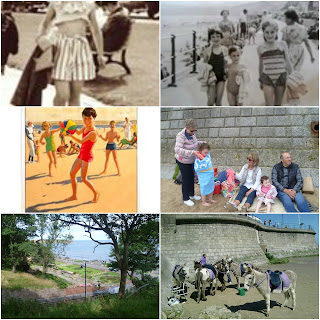 A reunion of cousins at Filey, the seaside resort where we spent our summer holidays when we were young – only this time with grandchildren.
September 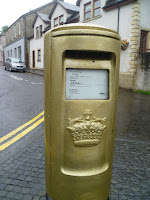 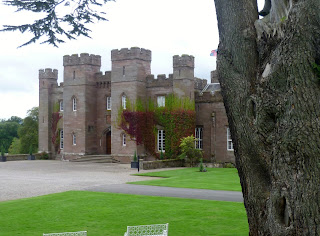 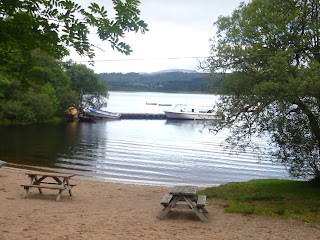 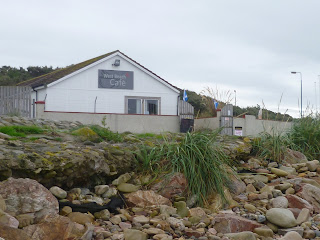 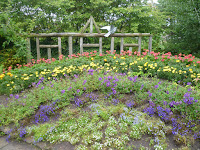 A road trip to Scotland.  So much to see in so little time.
October
Our social enterprise, Yorkshire More, is totally staffed by volunteers who make the products on Tuesday mornings.  We were able to donate over £1 000 to local mental health charities; the profits from sales of our jams and chutneys at food fairs, sales and retail outlets in Yorkshire and Lancashire. 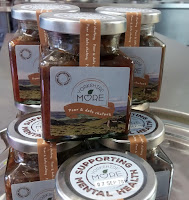 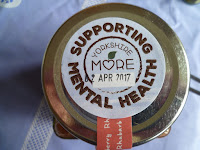 November
To thank the volunteers of Yorkshire More, one of our retail outlets put on a Cheese and Chutney tasting evening.  I hadn’t realised there were so many local cheeses and scrumptious crackers. 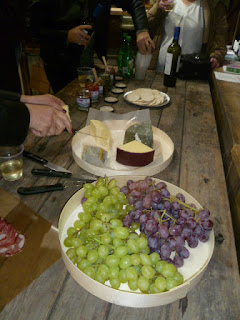 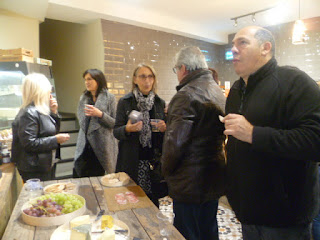 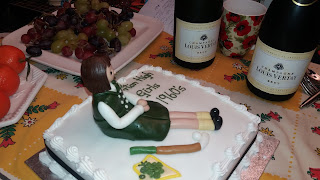 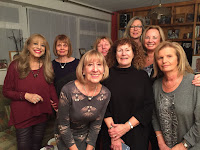 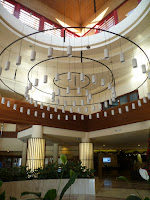 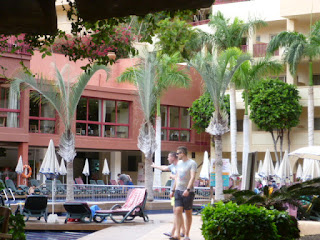 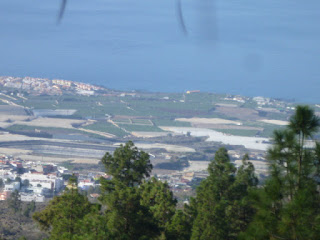 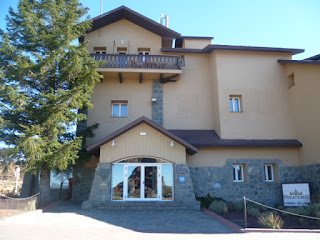 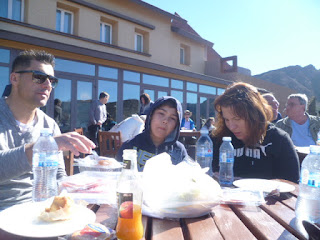 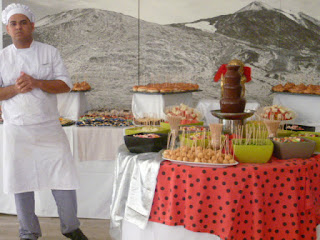 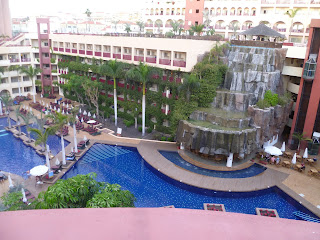 A family holiday in Tenerife gave us a break from the low temperatures at home.
A Tinerfeño friend acted as our personal guide and showed us his town and the village where he was born and then took us up the volcanic Mount Teide with its 12,198 ft summit, and the Teide National Park.  Very interesting but freezing cold.  Luckily he had advised us to dress up warm.
I even visited the Siam Water Park, a first for me, and enjoyed the wave pool and a ride called the Lazy River which was very pleasant until we reached the rapids,

During the year, I also met new and old friends, visited and judged many gardens, walked through beautiful countryside and visited interested places and there were births, deaths, engagements and marriages.  Compiling this, I see I have a lot to be thankful for and look forward to see what the new year brings ....... or should I be more proactive?  A bit of both, I think.
Did you add to your memory bank or experience Red Letter days?
Happy and healthy new year to everyone 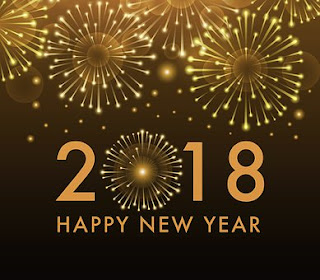 These plants add a splash of sunshine to my garden on a gloomy winter's day.
I'm wondering why I don't group them together.

After all the worrying about queues, cancellations and Covid documentation, our journey to the Algarve went without a hitch. The villa in ... 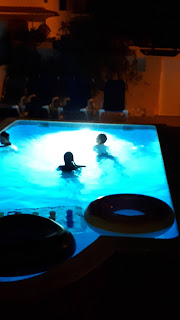