Spent the week catching up with old (or they would prefer to be called long-standing friends, which is always a pleasure.

Went to Harlow Carr gardens in Harrogate with Monika which gave me inspiration for my meagre plots.  As usual she baked me an advocaat cake - delicious!

After A level results (good), invited myself along to Debs with another friend and received a 'lucky bag' of plums (made into prunes aux pates d'amandes with the help of the grandchildren) and plum jam.  Returned to school later for the graduation dinner to find a photo of myself on the back of the menu/programme as a leaver.

Also this week, our usual monthly bolby (chat/gossip) where we celebrated a son's wedding, a golden wedding and a house sale.

Met Ros and Mike on their flying visit to Leeds plus some old friends from primary school and of course saw members of the immediate and extended family.

The rest of the time was spent booking our holiday.  This would be such a simple process if we chose a package hol!
at August 24, 2010 No comments:

A few days to myself

Another hobby is searching second-hand shops as you never know what you might find.

Up until now my best finds have been:

• Necklace with the name Naomi in hebrew letters at Hawes market

• Limoges figurine for £1.99 currently worth a great deal more from a local charity shop

Anyway, here I am alone in the caravan typing up my day, after stopping up for a huge mug of tea in the biker’s cafe en route where a notice read ‘please put helmets on chairs or floor’.

I parked for free in the Cinema Street car park and visited Hornsea Museum; a really interesting and well presented portrayal of local and social history including an exhibition of the now closed down Hornsea Pottery. Some things made me smile and chuckle out loud as some things don’t change! 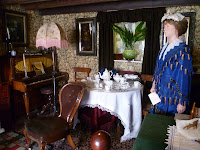 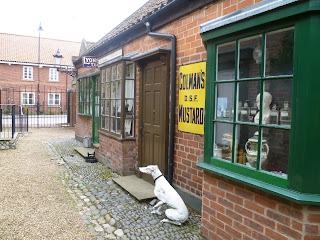 Well worth the entrance fee of £2 00 as a pensioner.

Afterwards trawled the local shops but finding nothing. Thought I would treat myself to a cup of coffee but the coffee machine was down in the cafe I chose so I forewent the bun .

I then called in at the Public Library, browsed through the local history section and used the computer (free for an hour, longer if they are quiet) to discover from my e-mails that I hadn’t got the job I applied for at £353 per day. Bummer!

Absolutely poured down last night – really stormy, so I reckoned a good time to pursue one of may other hobbies – beachcombing. Previously I have found an amazing fossil with a starfish clearly visible, but just collected some cobbles for the garden and various size pebbles to paint. Big roller waves were breaking on the beach but didn’t have the camera.

Walked down to the fete at the local village hall but the last buns had just been sold. I was impressed by an enterprising young girl who had made wellie clips and an Ulrome survival kit. Was tempted by the plants and books but didn’t wish to be burdened with purchases as had plans to check out a public footpath opposite. Found this to be Rickaby Woodland Walk but saved it for later. Finished the day gardening or rather pulling out the thistles which have grown under the caravan.

Took an early evening stroll and some pics of the sea. 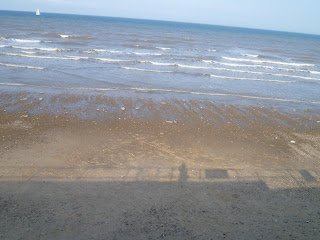 Summer is fast coming to an end. 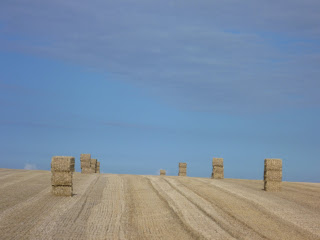 Another week of retirement

I have given some thought about my new status and consider that I will start with the following:
Gardening:  No excuse now for the state of the garden at home and at the caravan - pictured here 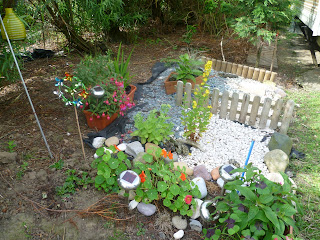 Writing:      If I can't keep up with the Blog I'll struggle
Cooking:    I have the time to try out those recipes I have saved and also those that my     mother collected.  Home made coleslaw was this week's offering.  Perhaps I'll share.
Voluntary Work:  Have approached a couple of organisations.
And maybe do something new every week like this 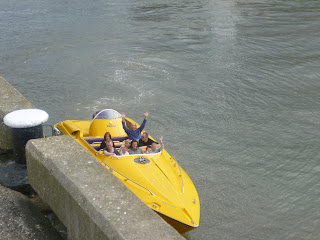 and the Sunflowers are almost fully grown 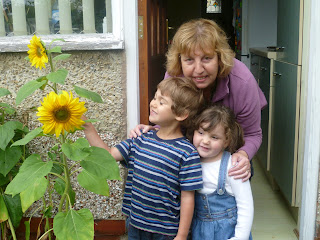