A couple of days of fog and drizzle has been followed by sunshine and doubled temperatures; British weather at its best.  Been busy gardening.

Pampered myself with a facial and pedicure.  So relaxing.

Ellie made a Megillah and knew the whole story. 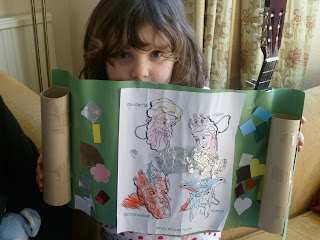 Ronnie wanted picking up from Manchester Airport as it was too late to collect his car from the garage in Rochdale.  In the event, the flight was delayed by two hours and he was not best pleased that it was too late for me to pick him up.  They managed to get a train back and we collected the car the next day after seeing Ben off at the station.  They had a good trip, surviving mainly on fellafel.  I shall post some photos when he has annotated them for me.

Caravan season has begun and I was relieved to see our static still standing and the garden had survived although it was under a layer of twigs from the trees which had been coppiced.  The coastline showed some changes after the harsh winter, but for the moment all was calm. 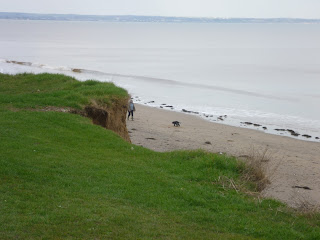 We visited Skirlington market where Ellie found some additions to her teddy collection in the form of Beanie Toys complete with tags, names and birthdates.   I have now discovered they are collectors items.
﻿
﻿﻿﻿
﻿﻿  We dropped Naomi and the kids at the beach at Hornsea while we shopped for lunch and found a well constructed castle on our return. 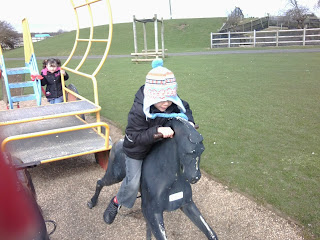 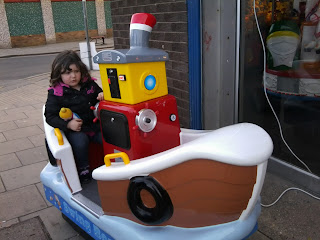 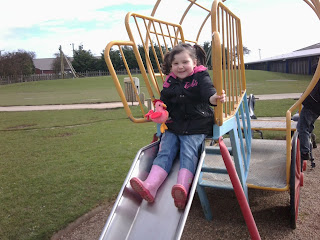 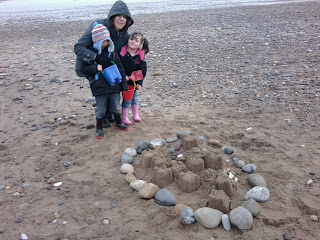 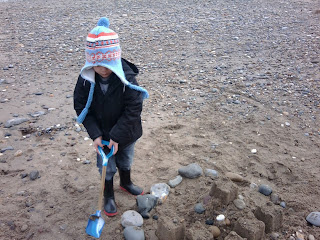 The children were able to ride their bikes and we went to the duck pond armed with bread.  The ducks seemed please to see us and received the bread so gratefully and enthusiastically that I believed that we were the first visitors to feed them until I deposited my empty bag in the litter bin which was full of empty bread wrappers!

We went to the shop attached to the John Bull Rock Factory at Carnaby where interesting toys and gadgets are often to be found.  I bought this fridge magnet to add to may collection. 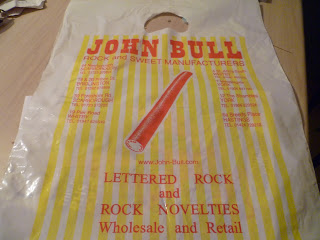 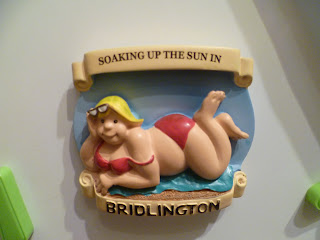 The factory will star on prime-time television as filming for a new BBC drama called Sugartown starring Sue Johnston, Shaun Dooley and Tome Ellis was shot there.  The three-part comedy is about a small seaside resort which was once the 'rock' capital of England.  Some members of staff acted as extras and one of them told me that a further series may follow if the first is successful.   Scarborough and Filey have been used as filming locations.
at March 23, 2011