Cannot believe so many friends and family have been in hospital/poorly just recently.  I am delighted to report that the outcome is favourable for all.  Hospital is never a good experience, but the new Bexley Wing is well impressive.  It has the David Hockney prints of the East Riding of Yorkshire that I have searched for in vain and some quality photographs of the construction workers on the walls.  There was even a vocalist and guitarist performing in the foyer where outpatients were awaiting their appointments.  The new multi-storey car park for visitors is always busy and driving down from the top floor is like being on a helter skelter. 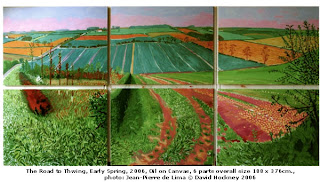 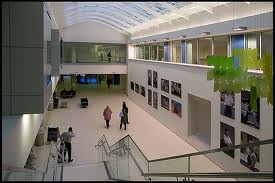 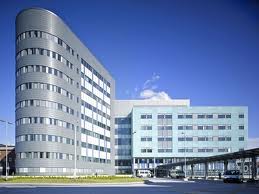 These problems pale into insignificance when you think of the suffering of the japanese.

Ronnie and Ben have spent a week in Israel - reclaiming their past youth?  On route to the airport, the car broke down on the motorway which meant they had to stand on the bank in gale force winds and driving rain.  The pickup truck came within half an hour, dropped off the car at a local garage and they arrived at the airport by taxi in time for their flight.  They have had a whistle stop tour, driving the length and breadth of the country.

Managed to get into the garden on the one nice day and started to plant up the space made available from some heavy pruning of trees.  I have loads of seeds, bulbs and corms to plant up plus (thanks to Simon F)some shrubs from the pound shop; worth a try.

Caught up with Debs this week.  Picked up Ellie from school and she ate her packed lunch there.  She saw the pigs, dog, cats and even some horses in a neighbouring field.  It's like being in the country.
at March 17, 2011