Attended Ellie's nursery concert.  She's been singing the songs for weeks but on stage, faced with a bank of parents, she didn't utter a word.  However, she did wave and blow a kiss to her grandma. 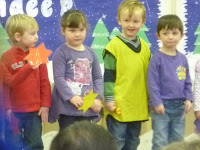 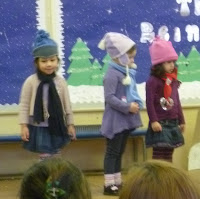 My faith in human nature has been restored when a bag containing a fair amount of money was left in Tesco by guess who (and it wasn't me) was handed in intact.  Pity we cannot thank this anonymous good Samaritan.

The ice and snow has all but disappeared for now although the weather people warn there is more to come.  I took the opportunity of a walk to the Canal Gardens.  I felt quite sprightly even though my granddaughter observes that I have an old neck.   I noticed that the water was frozen solid but there were signs of growth in the herbaceous border, if you looked closely.  I could even detect the shoots of bulbs emerging in my own garden - not that I'm comparing it to the park.  I read a saying "Live each day as if it were your last and garden as though you will live forever".  I think I will adopt this as my mission statement. 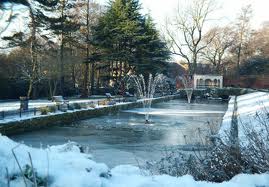 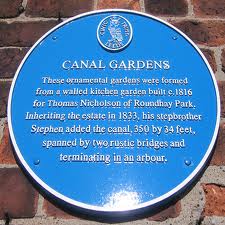 We think it's cold here but it was minus 25 in Sweden and Freya couldn't go out.  The weather didn't stop her grandad who disturbed a hibernating bear and lived to tell the tale.

Sunday was Louis' 5th birthday party, shared with another boy in his year.  Forty young children in an indoor play area plus parents in the cafe area can be really noisy and the party was enjoyed by all and no catering or tidying up afterwards. 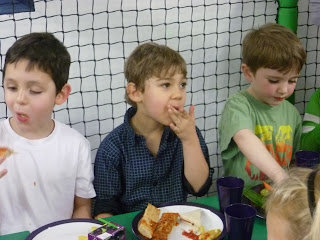 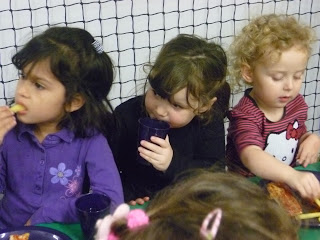 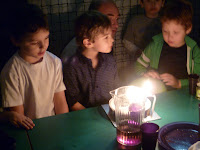 Another meeting of the 'bolby' club; how quickly a month goes by.   We exchanged  news and speculations and were treated to a scrumptious chocolate and apple cake which was baked in one of those new silicon cake 'tins'.  I don't understand why they don't melt in the oven.  I have requested the recipe, if anyone is interested.

Have been asked to look after a neighbour's gerbils for a few weeks.  I haven't actually seen them as they are snuggled down in their straw bedding.  They're not stupid, the weather has been freezing. 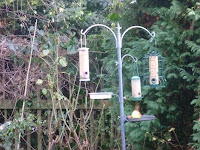 It is a tradition to go to Monika and Dave's on the Sunday before Christmas.  The table was laden with home baked mince pies, stollen and biscuits and of course plenty of alcoholic and non-alcoholic drink.  A very friendly crowd of neighbours, colleagues and ex-colleagues (of which I'm one).  I got a lucky bag to take home with one of her famous advocaat cakes.  I am putting on the pounds due to lack of exercise, contentment or greed.
at December 19, 2010