As January comes to an end ...

Terrible cold has kept me uncharacteristically out of action for a few days.  Determined to recover before Freya arrives.

Ben, Emma and Freya arrived on Friday.  I can see a big change in Freya and she feels heavier too.  She is happy to join in playing schools and tea parties with Ellie but, naturally, they both want to push the dolly's buggy. 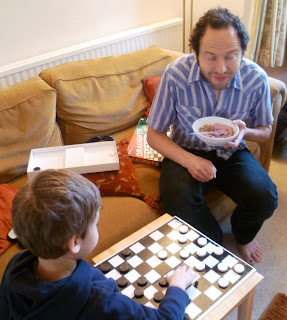 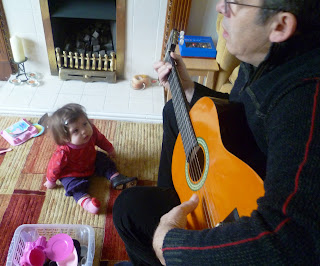 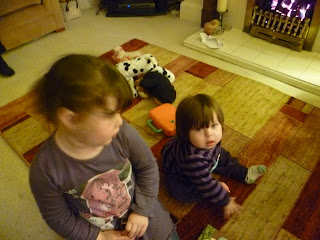 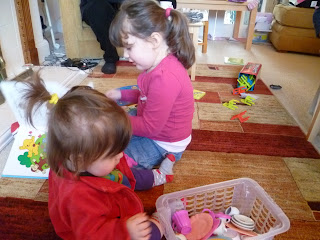 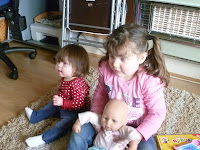 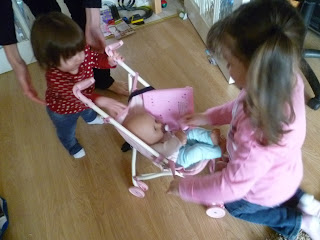 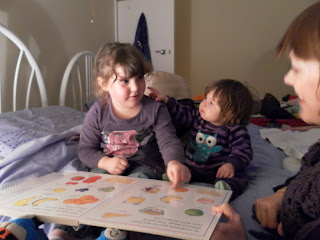 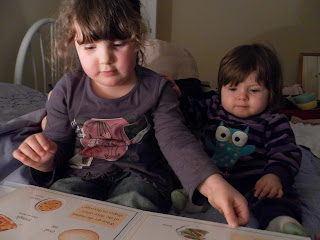 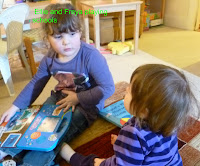 We prepare for the afternoon tea.  We are expecting 16+ family members and Ben has prepared a film of Freya's first year, much of which was filmed in hospital which we hadn't been able to see.  It's miraculous and long live the NHS.

Emma's cakes, carrot and chocolate, and biscuits with almond paste went down a treat.   No-one even enquired whether I had made them!  Naomi prepared and presented the savoury stuff beautifully.  I was free to enjoy the afternoon. 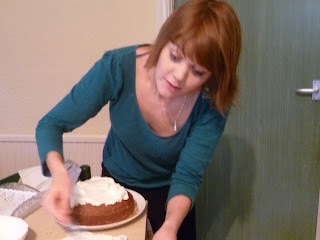 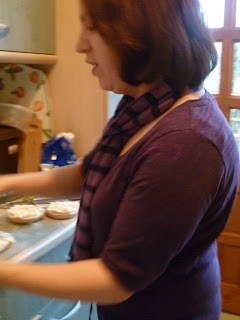 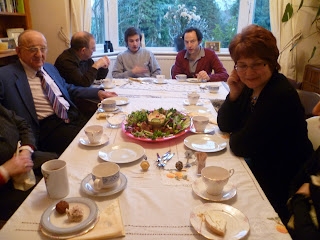 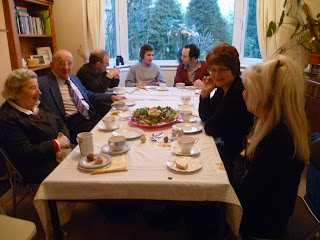 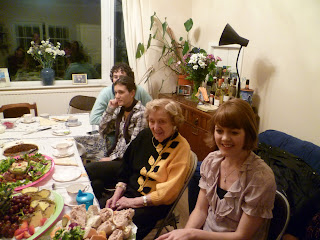 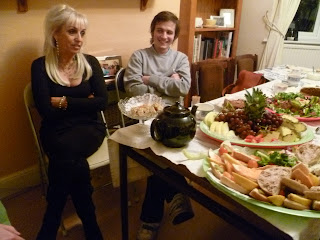 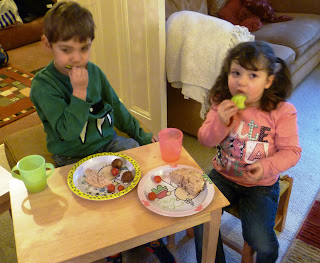 A fantastic weekend; hope to see them again soon. 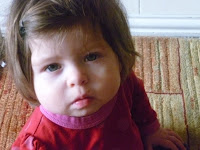 After collecting Ellie from Nursery, we spotted a flock of unusual birds feeding on the berries left on the wild roses.  With the help of the binoculars, the bird book and the internet, we identified them to be Waxwings.  That is just typical.  The day before I had participated in the Big Birdwatch and in an hour, in our garden which faithfully feeds the birds and attracts a range of species, all we could log were two female blackbirds, one male and one bluetit.  Pathetic. 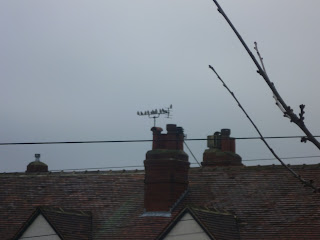 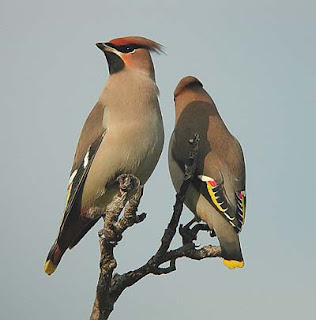