Goodbye to a very special lady.

My auntie Edith passed away last week.  She was a very special lady for all sorts of reasons but I would like to share with you a story about her early years.  I wrote the story from the facts I gleaned from her over the years. 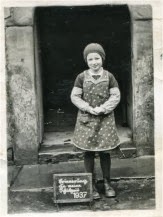 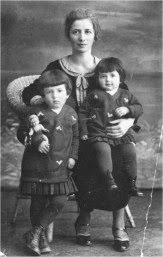 At the time I felt forsaken by my parents, yet excited at the prospect of seeing the sea and travelling by boat for the first time at 11 years old.  How could I have known what would come to pass although, with hindsight, all the clues were there?


Life as we knew it changed from the time my uncle from Frankfurt came to live with us after losing his job for being Jewish.  Home was a farm in a small village where we ran a little shop selling sugar, flour and suchlike, which supported my extended family.  From the radio we learnt what was happening further afield and so did the other villagers, who no longer frequented our shop.  The harvest workers, who had previously enjoyed hearty meals in our kitchen, failed to turn up that year.  The other handful of Jewish families moved away from the village after Kristallnacht when the contents of our synagogue were brought out and set on fire.  My younger sister and I were no longer allowed to attend the local school, so we would amuse ourselves on the farm or playing hide and seek among the gravestones in the Jewish and Christian cemeteries which are side by side.


After my father and uncle were taken in for questioning by the Gestapo, the future looked bleak.  The elderly relatives who lived with us could not be moved so my mother contacted the Jewish refugee association to find a family in England to take in my sister and me.


Two families who lived next door to each other in Leeds agreed to takes us.  Arrangements were made; we were allowed to take a small suitcase between us.  Our mother told us to hide our rings and necklaces from view during the journey and that we should behave ourselves and be helpful to our host families.  We promised her faithfully that we would be good.


At the railway station, we were put in the charge of a couple of older girls.  Our anxiety increased when the relatives on the platform began to wail and sob.  We were too small to look out of the crowded window to wave goodbye, but we never thought it would be forever.  Just as the train started to move, a lady opened the door of the compartment and pushed in a carrycot which contained a baby girl.


The journey began.  The Gestapo entered the train before it crossed the border but, apart from confiscating a few bracelets and rings from the older girls, left us alone.  At a station in Holland, some women gave us food and drink and then we crossed by boat to England.  It was cold and dark and my first experience of the sea wasn’t a good one.

It has been 74 years since the Kindertransport brought me to England.  My parents were transported to the Camp de Gurs in 1940 and then to Auschwitz-Birkenau, where according to the carefully kept records, they were exterminated in 1942.   I have been fortunate; a wonderful foster family, a long marriage, children and grandchildren.  I felt it was my duty to embrace life and I am sure it was what my parents would have wanted for me.

Very rarely do I fall asleep without thinking about playing with my sister among the gravestones in my village of Teschenmoschel then being welcomed home with open arms by my parents.  I also wonder about the fate of that baby girl whose mother gave her the gift of life.

New Year or more of the same?

New Year or more of the same?   Whatever, hope it’s a happy and healthy new year for you. The shortest day has passed and there are fres... 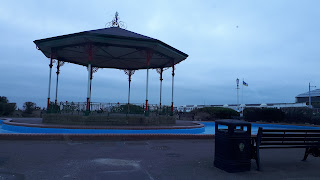