An interesting weekend in East Yorkshire 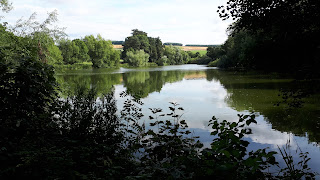 We often stop off at the tranquil Madhyamaka Buddhist Centre at Kilnwick Percy on our way to the East coast for a snack at the Peace Café or to eat our picnic.  However, this is the first time we have done the Lakeside Walk with its benches and picnic tables along the route.  It forms part of the Pilgrimage of Grace Heritage Trail, named after a Yorkshire rebellion of 1536 sparked by dissolution of the monasteries. 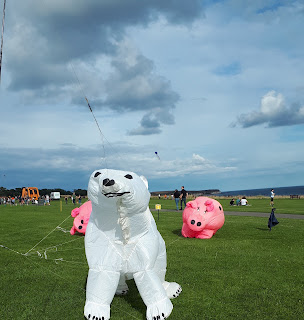 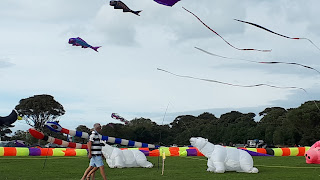 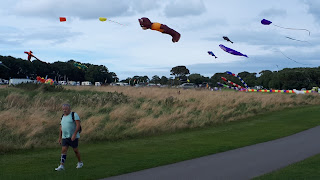 The Kite Festival, an annual event in May in normal times, is held on Sewerby Cliffs at Bridlington.  Kites of all shapes and sizes are flown giving an amazing aerial display.  Kites are also available to purchase and the various stalls make it a jolly affair.  I find there is something magical about watching kites soaring in the sky although they can be very frustrating when they don’t behave as you would wish.

A visit to a vineyard in East Yorkshire 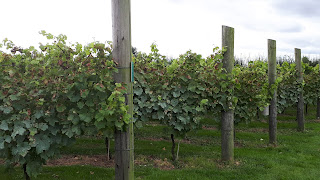 Set up in 2009 when a piece of land was purchased in Aike, Laurel Vines is now an award winning vineyard whose wines are stocked in the best restaurants and pubs.  We learnt of the trials and tribulations of the early days and their position on climate change and sustainability, the process of winemaking and we had the opportunity of tasting their produce.  It would have been rude not to! 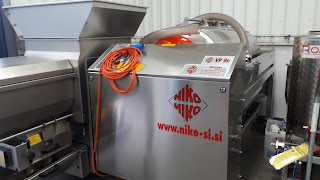 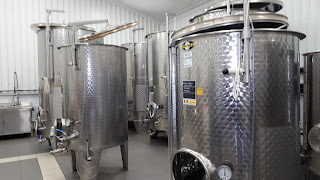 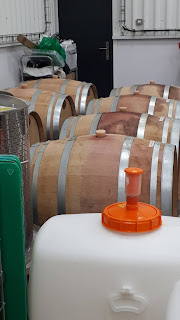 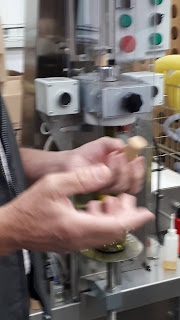