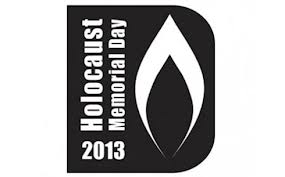 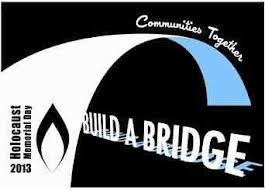 On Sunday I accompanied my aunt to the local event to commemorate the liberation of Auschwitz-Birkenau  on 27 January 1945.  This year’s theme was Communities Together:   Build a Bridge.


My aunt came to the UK as a young girl on the Kindertransport after Kristallnacht to flee the Nazis.  She and her sister managed to escape but her parents and many other members of her family perished in the death camps.  Members of my family died in the Warsaw Ghetto. 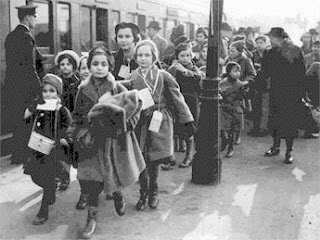 Other camp survivors and their families attended.  The fact that these people have reached a grand old age and have been successful in their fields shows that, despite the holocaust, Hitler failed in his plan.


Unfortunately, many people in the world still suffer from persecution because of their race, religion, disabilities or sexuality.


One of the projects of this scheme is to keep alive the music of the death camps and a choir sang a Czech folksong composed by Gideon Klein (1919-45) while in the Terezin Concentration Camp.


Dr. Dolf Mogendorff spoke about his parents who survived the Holocaust in Holland and a group of young people acted out the story of Anna, a recent refugee w
ho fled to the UK from Eritrea.


Liesl Carter, who has only recently tracked down her father’s grave in Germany, lit candles and recited the commitments of the Holocaust Memorial Day Trust and Rudi Leavor sang the mourning prayer El Male Rachamim and led the minute’s silence.

I am keeping up with the weekly challenge and have had one short story accepted, one rejected (well send back for re-editing) and read out two of my pieces on local radio.
﻿
Watched:        Borgen, The Shrine, episode 1 of the new series of the excellent Moving On plus  cried my way through Call the Midwife.
Went to see the National Theatre production of The Magistrate screened locally.  Academy Award nominee and Tony Award-winner John Lithgow (Dirty Rotten Scoundrels, Shrek, 3rd Rock from the Sun) takes the title role in this uproarious Victorian farce, with Olivier Award-winner Nancy Carroll (After the Dance) as his wife Agatha. The director is Olivier Award-winner Timothy Sheader (Crazy for You and Into the Woods, Regent’s Park Open Air Theatre, London).
With his louche air and a developed taste for smoking, gambling, alcohol and woman, it's hard to believe Cis Farringdon is only fourteen. And that's because he isn't. When Agatha dropped five years from her true age and that of her son when she married amiable magistrate Posket, it sparks a series of hilarious indignities and outrageous mishaps.Read:              Very little
Healthy Writers Group

Shovelled a load of snow in the past week, Pilates and some indoor exercise.  It's a start!