It’s been ages since I’ve had the luxury of spending a morning on the garden at my house.  I can’t show you the pots I’ve planted up for spring as they’re mostly bulbs but hopefully they will resemble these illustrations on the packets. 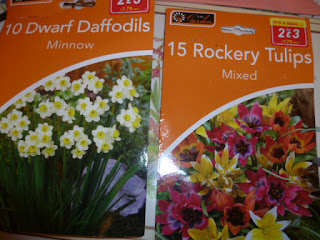 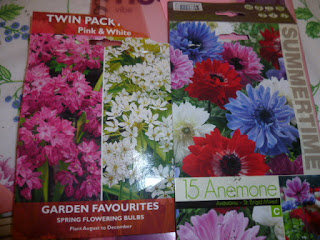 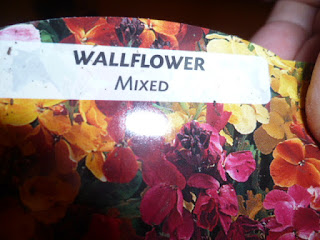 I was trying to emulate Monty Don’s ideas but the Cornus and Mahonia he suggested for the centre of the pots were too large and expensive at the nursery I visited.    I used cuttings I had of Hebe and Euonymus for my centre pieces and planted various bulbs around them.   I planted the wallflowers in a trough with some miniature daffies.  These were mixed colours.  I prefer them bare-rooted and one colour but I had to purchase them in a hurry last week.
I also tarted up some other pots, wall and borders with what I had left over plus some bellis daisies and ivy.  One of my resolutions this year was to extend the season in my garden and I definitely have more interest at the end of October.  The display table at my gardening club had a whole array of flowers and foliage which our members brought in from their gardens gave me plenty of inspiration for next year http://gardenersfridayforum.blogspot.co.uk/
as did Angie on her blog
http://mygardenblogs.blogspot.co.uk/2015/10/garden-bloggers-bloom-day-october-2015.html


My quandary was whether to cut down some of the plants for the winter or leave for the wildlife and as protection against this severe winter which the media are forecasting, so I compromised.