Our usual Quiz night had a Halloween theme and the whole place was decorated with skeletons, bats etc.   No quips about not needing a mask! 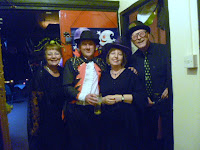 We had lots of trick or treaters, with some children preferring fruits to sweets. 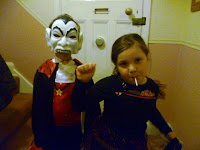 
I offered to help out some adults with special needs with their new allotment.  It’s a great space with a large shed and even a compost toilet. 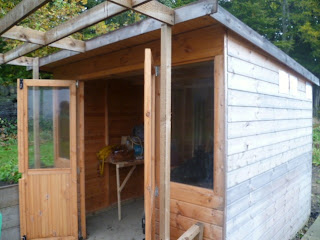 This month’s flower arrangement task was a single flower, the gerbera, and green foliage from the garden. 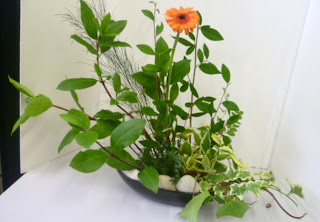 My gardening club held a Bring and Buy sale, from which I purchased some more plants, plus a World Fruit and Veg quiz where exotic species were placed on a map where they grew for us to name, or guess in may case,


The next session was a talk by David Aldred on the Washburn Valley, an area of Yorkshire where I have taken many a ramble from being a child.  David’s presentation was really interesting and entertaining, all the more so by his use of superb photographs which he had taken himself.  The talk covered the geography, history and wildlife of the area, including many interesting facts that were new to me.  I have listed and illustrated several for those readers who are familiar with the area. 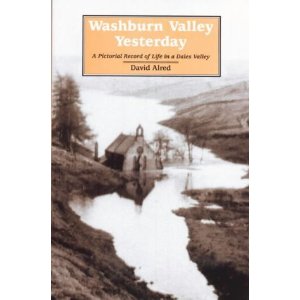 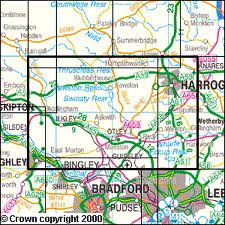 The river Washburn and the numerous reservoirs gave rise to much industry, as well as agriculture. 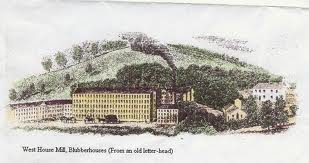 Some think that the village of Blubberhouses is so called because children as young as 6 were brought here from orphanages and workhouses and set to work in the mills for more than 60 hours per week and could be heard to blubber (cry).  Others say, and indulge me here, it is from the blueberries which grew there or from the former inn, the Blue Boar.  However, early spellings include "Bluburgh", from the Anglo-Saxon word burh for fort or from the word berg for mountain.  Other early spellings include "Bluborrow", "Bluburhouse", (1172) "Bluberhusum". These may come from the Anglo-Saxon bluberhūs = "the house(s) which is/are at the bubbling stream", with a later regularised plural; the -um form came from the Anglo-Saxon dative plural case æt bluberhūsum = "at the houses which ...". 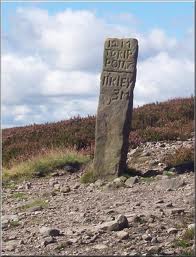 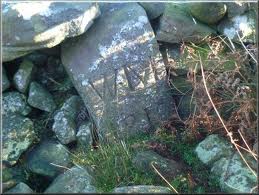 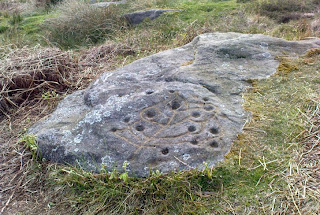 There are the remains of an old Roman road. 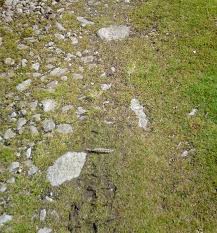 Old buildings such as farm houses and hunting lodges are in evidence and most have now been redeveloped into superior residences, such as Scow Hall and Swinsty Hall built between 15 - 1600s

At the graveyard at Fewston church, one old tombstone records the date of death as February 30th.

Thrusscross reservoir was formed by flooding the village of West End with its mills and cottages. 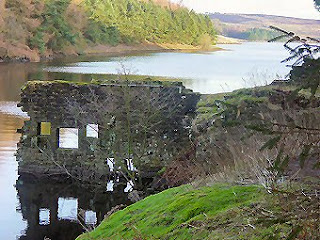 In the novel In a Dry Season by the English-born, Canadian-based crime writer Peter Robinson, the fictional village of Hobb's End is the scene of a murder and the old buildings are exposed during a drought, which does actually happen. 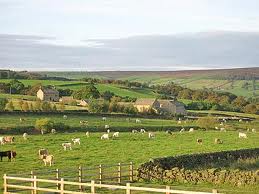 All too soon it is the end of the season at the coast  for this year, but we have had some good fun . 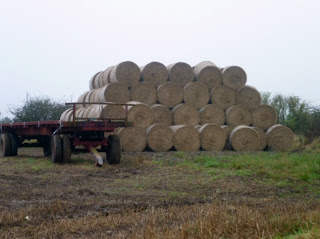 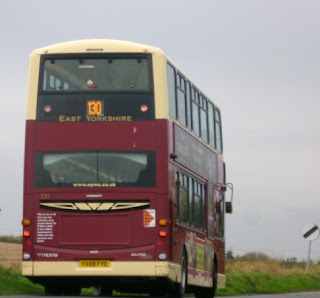 The annual Scooter Rally was held in Bridlington; the mods are now pensioners! 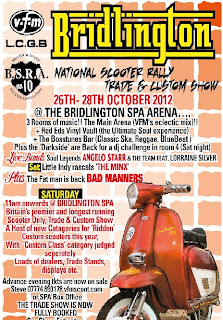 
I have also attended a couple of funerals in the past weeks of people, both of whom were  gregarious and big-hearted.  Listening to the tributes which enumerated their many qualities, I wondered what words would be spoken about me; not that I would be there to hear them.

Writing
I submitted a travel article to the Telegraph Just Back competition, without success.  The pieces I produced at my writers group should be read out on local radio shortly. This means I have earned my badge for this month.

Reading: Just started Escape to the Country by fellow blogger Patsy Collins.  Loving the pace of it.


Good Intentions
Healthy Writers Club                          Managed to be more active by doing some aggressive
gardening and moving about to an exercise DVD to amuse
the grandchildren during half term. 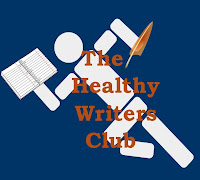 Now that that Winter is fast approaching and we have turned the clocks back,I am going to make a determined effort not to hibernate but to embrace the season. 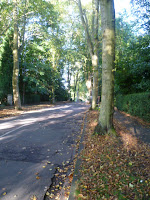